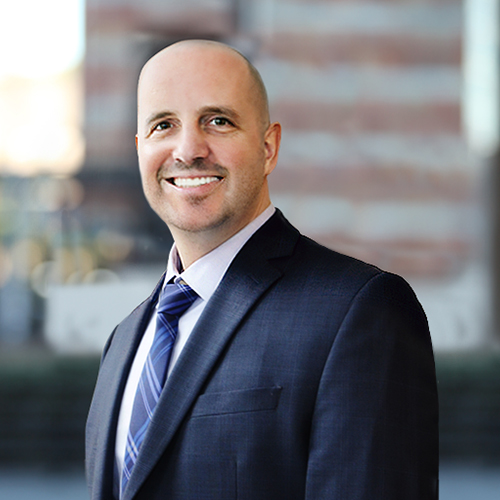 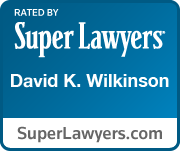 David Wilkinson received his Bachelor of Arts degree in Business Administration from the University of Washington, one of the highest ranked undergraduate business schools in the United States, where he was awarded membership to the National Dean’s List. Mr. Wilkinson received his Juris Doctor degree from California Western School of Law School, where he received an honors award for authoring The EGTRRA Estate Tax Sunset Provision, Reform And Politics: A Fungible Alternative To Repeal, received the highest grade in both Contracts II and Arbitration Law, and graduated in the top one-third of his class.

Mr. Wilkinson, co-founder of Wilkinson & Finkbeiner, practices family law for the firm, handling all facets of the practice area, from straightforward negotiation and preparation of pleadings to complex litigation. Mr. Wilkinson has previously represented small and large asset clients in all types family law matters.

While the Wilkinson & Finkbeiner, LLP philosophy adheres to a settlement-as-a-first-option, litigation-as-a-final-option mentality, several recent cases handled by Mr. Wilkinson evidence the broad range of his competence in both regards. In one recent case, Mr. Wilkinson successfully negotiated to allow his client to move with the parties’ young child out of the state of California and to another state. ”Move-away” cases are inherently complicated, but Mr. Wilkinson set his client up for success by preparing a strong case from the outset. In another recent case, Mr. Wilkinson represented a mother who was fighting a guardianship action, which if granted by the Court, would have effectively taken the child out of the mother’s care. The proceeding had been dragging on for nearly one year. Within one month, Mr. Wilkinson prepared for and won at trial. The child was returned to the custody of the mother immediately.

In several other recent notable cases, Mr. Wilkinson won another “move-away” matter which lasted almost two days in trial, successfully won his client a $20,000 attorney fee award as a sanction against the other party for his egregious conduct, successfully filed and received a judgment on a motion for child support arrears against a father who owed almost $300,000 to the children’s mother with accrued interest, successfully defended a domestic violence restraining order filed by the mother in a child custody matter which was intended to gain an advantage in the proceeding, obtained a default annulment (nullity) judgment for a client, and successfully negotiated an amendment to a Marital Settlement Agreement by filing a motion to set aside based on the failure to provide disclosures.

Mr. Wilkinson has also litigated and negotiated cases where millions of dollars in assets must be divided. Mr. Wilkinson has extensive experience in dealing with Evidence Code 730 experts that are involved in high-asset cases, including forensic accountants, income evaluators, and business valuation experts. With more than a decade of experience in family law litigation, Mr. Wilkinson has tried and successfully argued countless family law matters with high-value property valuation and property issues, dealing with multimillion dollar real estate, dividing stock, stock options, and restricted stock units, and dealing with extremely high income levels as it relates to spousal support.*

Finally, Mr. Wilkinson recently earned his certificate from the California State Bar as a Family Law Specialist. This means that Mr. Wilkinson is an expert in Family Law matters and is one of approximately 300 family law specialists throughout San Diego and Orange Counties.

*Mr. Wilkinson’s successes in these cases creates no guarantee of success in any other case.